Psychological trauma and divorce often go hand-in-hand…but it doesn’t appear that way, does it?  We hear about “so and so” getting a divorce so often that it’s now just another thing that happens, barely worth a shrug. Billboards for “quick, cheap divorce” and lawyers who promise to “get you all you deserve” are springing up everywhere. Divorce is, well….just divorce. They met, fell in love, got married, “it didn’t work out”, they got divorced, end of story. No big deal, right?

Not so for the soon-to-be-divorced

Ask those who are going through it. Many women in the throes of divorce experience depression, inability to concentrate on simple tasks, confusion, headaches, palpitation, sudden uncontrollable outbursts of tears, and deep sadness. It can even be worse.  I recently heard a fellow mama talk about how the pain of divorce was so severe that to escape the pain, she often thought about killing herself or running away like her ex-husband did.

We often wonder why it hurts so much and how long it will take to feel better.

Divorce can cause psychological trauma.

Divorce hurts so deeply because it often triggers psychological trauma. The more unexpected or unwanted the divorce, the greater the trauma might be. There are different flavors of divorce; everyone’s story is different.

Some people grow apart in their marriage, decide together that they no longer want to be married, and part ways fairly amicably. At the other extreme, are the cases where one partner discovers that the other is having an affair or where an unsuspecting spouse is suddenly abandoned in a marriage where everything seemed to be ok.

Personally, I think divorce results in some level of psychological trauma in all situations.  Some women experience long, drawn-out trauma within the marriage such that they have done all their grieving before the divorce actually happens…the marriage was over long before the divorce happened. For these women, the divorce by itself may not be traumatic because they have been suffering for a long time, and often experience a sense of relief when they actually get divorced. For others, the psychological trauma occurs during the divorce. But even for those who after divorce, want to party like it’s 1999…it can still be a painful, traumatic experience and the sudden zest for fun might be a coverup for the overwhelming pain on the inside.

Post-traumatic stress disorder (PTSD) can occur and linger long after the formal divorce process is over. The American Psychiatric Association describes PTSD as “a psychiatric disorder that can occur in people who have experienced or witnessed a traumatic event such as a natural disaster, a serious accident, a terrorist act, war/combat, rape or other violent personal assault.”

Divorce is a violent rending, a fierce tearing-apart

I didn’t understand this scripture until I experienced it. My divorce felt so violent! It was a sudden assault of hatred that took me by surprise and drove me to my knees. One of the best analogies that I’ve heard for divorce is this: imagine two sheets of paper held together by glue. There is no way to separate the sheets without tearing them apart in the process. This is what divorce felt like for me, a tearing-apart of a life that I thought was permanently held together. Can you relate to this?

What makes divorce trauma even more difficult to understand is that it is an “invisible wound”. There’s no specialist doctor for that. I find it very interesting that the Centre for Disease Control (CDC) in the US keeps track of divorce statistics.

Psychological trauma after divorce can be difficult to identify and understand because it typically doesn’t involve a stay in the hospital. Since your friend isn’t walking around with crutches, stitched up on a hospital bed or struggling with stuttered speech, it’s hard to relate her divorce to being sick. You didn’t take flowers to her hospital bed or hot soup to her house because she couldn’t cook.  This doesn’t mean that she’s not sick. She may not even know it. But she’s sick… the psychological trauma from divorce goes deep and it takes time to heal.

Usually, when one is sick, the other members of a household care for the sick one and help them recover; not so with divorce. When a woman is experiencing psychological trauma due to divorce, her children are suffering too. At the same time, she is grieving the death of her marriage and her children are dealing with the absence of their father in the home and the resulting confusion as they struggle with insecurity and self-blame. Unlike sickness before the divorce, there’s no other adult to help take care of the kids while mum recovers. In this case, everyone is sick. Who will help the other?

If someone you love is going through a divorce, you are not helpless. There are things that you can do to help her through this very difficult season.

Here are some ideas:

1. Spend time with her

Many people don’t know what to say to their friend who’s going through a divorce and so they figure it’s better to either stay away or just pretend that nothing is going on. Unless she asks you not to, don’t be shy about visiting your friend, the same way you’d visit if she had lost a loved one to death, because she has! Her marriage has died and it feels just like the death of a loved one, maybe even worse because her spouse chose to leave her (cheating, abuse, abandonment are all forms of rejection in a marriage). You don’t have to find the “right words” to say, just being there lets her know you care at a time when she’s experiencing the deepest, most painful rejection she may have ever been through.

When I was in the midst of my divorce, having a few close friends just come by and visit was very comforting and made me feel less alone.

2. Offer to watch her kids

One way to bless a mama who is going through a divorce is to give her some respite from the responsibility of solo childcare. She has suddenly become responsible for all the kiddie logistics that she used to share with her spouse. An offer to give her a break on the weekends or help her with picking up the kids from school can be a huge blessing and would help relieve some of the enormous stress she’s experiencing at the moment.

Commit to praying for your friend and let her know that you’re praying. Ask her if they are specific things about the divorce process that she would like you to pray about. She is probably anxious about legal issues, selling or keeping the house, moving, finances and her children’s emotional state. Knowing that you’re also praying would provide her with a measure of peace.

I know that God raised up many friends and family members to pray for me when I was going through my divorce. In the midst of that very difficult time, I often felt a peace that I couldn’t explain. I experienced what it means to be “carried by God” and I really believe this was the direct result of all the prayers that were going up on my behalf.

In a divorce, friends and family can unwittingly exacerbate the suffering of their loved one by sharing unnecessary information about what her soon-to-be-ex is doing. As you deal with your own sadness about the situation, be mindful not to share “word on the street” information about her spouse.

Telling her about who he’s dating, what he said about her, where he’s been hanging out etc is not beneficial to her. Such information might only serve to deepen her pain and make her recovery even more difficult. Be careful about what you share with her and seek to build her up as much as you can.

5. Expect her to be different

If your friend had just been through open heart surgery, you wouldn’t expect her to be up and about, carrying on with life as usual for a while. Same thing with divorce. Recognize that your friend is going through psychological trauma. If she’s irrational, cranky, or not acting like herself, don’t be surprised by that. Her life has been turned upside down! Extend an extra dose of grace to her in this season.

6. Stay the course with her

The divorce process may be over and she may now be officially “single again”. This doesn’t mean she’s back to being whole. As is the case with physical sickness, once a divorce is finalized, friends and family often withdraw their support and go back to business as usual because they think it’s over…and frankly, they do have their own lives to live and problems to solve! But please, don’t do that. Your friend still needs you.

She will just now begin picking up the pieces of her life and trying to build a new normal. Go the distance with her and be there for the long haul. Continue to check in on her, visit with her and support her even after the papers are signed. It will take a while for things to stabilize and life as she knew it will never be the same again.

Her life can be better! But she doesn’t know that yet.

So, please give her time to heal. Just love her and be there. Treat her the way you would if she just had a serious heart condition, because she does. It’s just the kind that you can’t see. 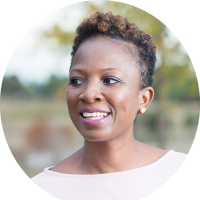 How to grieve so you can recover from divorce and heal
June 15, 2018

7 crucial tips for setting healthy boundaries with your ex
July 4, 2018

Heather @ A Heart of Humility Reply

These are great tips! So many times I feel as though I don’t know the “right” thing to do… I thank you for sharing!

Yes, when you haven’t walked in someone’s shoes, it can be hard to know how to respond. Often, just being there is enough. Thanks for stopping by!

Yes! I compare divorce to a death. A lot of people are there in the beginning, but life goes on. I don’t think they mean to distance themselves, they just have their own lives to deal with. (That doesn’t count people picking sides, staying out of it, etc.) Meanwhile, we are left to suffer, often alone. Great tips, here!

I agree. Life goes on for everyone else while we often feel like time stands still while we pick up the pieces of our broken lives. But if we are deliberate about healing, with time, divorce can be a blessing beneath all the pain..a second chance to live whole, full lives! Thanks for stopping by!

Divorce is hard on everyone involved, but for the woman it can be even more traumatizing. She is left to fend of the whispers of whether it was “her” fault. She is most often the one left to continue raising the children – trying to shield them from the mess that follows – and trying to still hold her head high so they can learn from her and not the world. She is also often left in a financial situation that results in her having to work more and leaving the kids alone more often. Give her grace because she is going through so much (and often doesn’t give a hint to it to those that don’t know her).

Well said LeeAnn. Thank God for his ever present help and grace. I’ve learned to lean on Him and boy! Is He faithful!

This site uses Akismet to reduce spam. Learn how your comment data is processed.


Warning: Invalid argument supplied for foreach() in /home/thismam8/public_html/wp-content/themes/letsblog/lib/custom.lib.php on line 400

© Copyright LetsBlog Theme Demo - Theme by ThemeGoods
X
We use cookies to ensure that we give you the best experience on our website. If you continue to use this site we will assume that you are happy with it.OkNoPrivacy policy